Find links to the items from today’s service here on our blog.

We hope you’re keeping well. This week we’re wanting to keep the conversation going about race, injustice and the Christian’s response.

Here’s the link to the full video featured in this week’s equip slot – Click here: Video

Get ready for this exciting Live cooking demonstration on our youtube channel.

To keep up and do it live with him you’ll need the following ingredients:

Salad leaves you like, rocket, mixed leaf anything really
Olive oil
French mustard or whatever mustard you have
From Ross: “If you want to follow along at the same time, please have your ingredients all weighed out and ready to rock and roll.”
Can’t wait!

This week in our Sunday Equip slot Amy mentioned 3 resources we think will do you good and give you life.

You’re able to give online by using Paypal. We have several funds within paypal that you can give to.

If you’re a Christian and believe that worshipping God with your wealth is an important part of following Jesus, select this fund.

We love to express generosity to the people in our town. All money given to the Love Seaford fund, will go toward supporting people in our local area; whether through Foodbank, meeting occasional needs or putting on community events that are free to attend.

Join along with today’s service by visiting our YouTube channel: www.kingsseaford.church/video or click below for the extra special kids videos, made just for you.

There’s a video of Gerry with today’s teaching and activity here: Kids Work

And finally, finally here’s a pdf of some colouring and activities you can print off and use at home here:

Have a great time worshipping as a family,

Beautiful people!
You are so dearly loved. 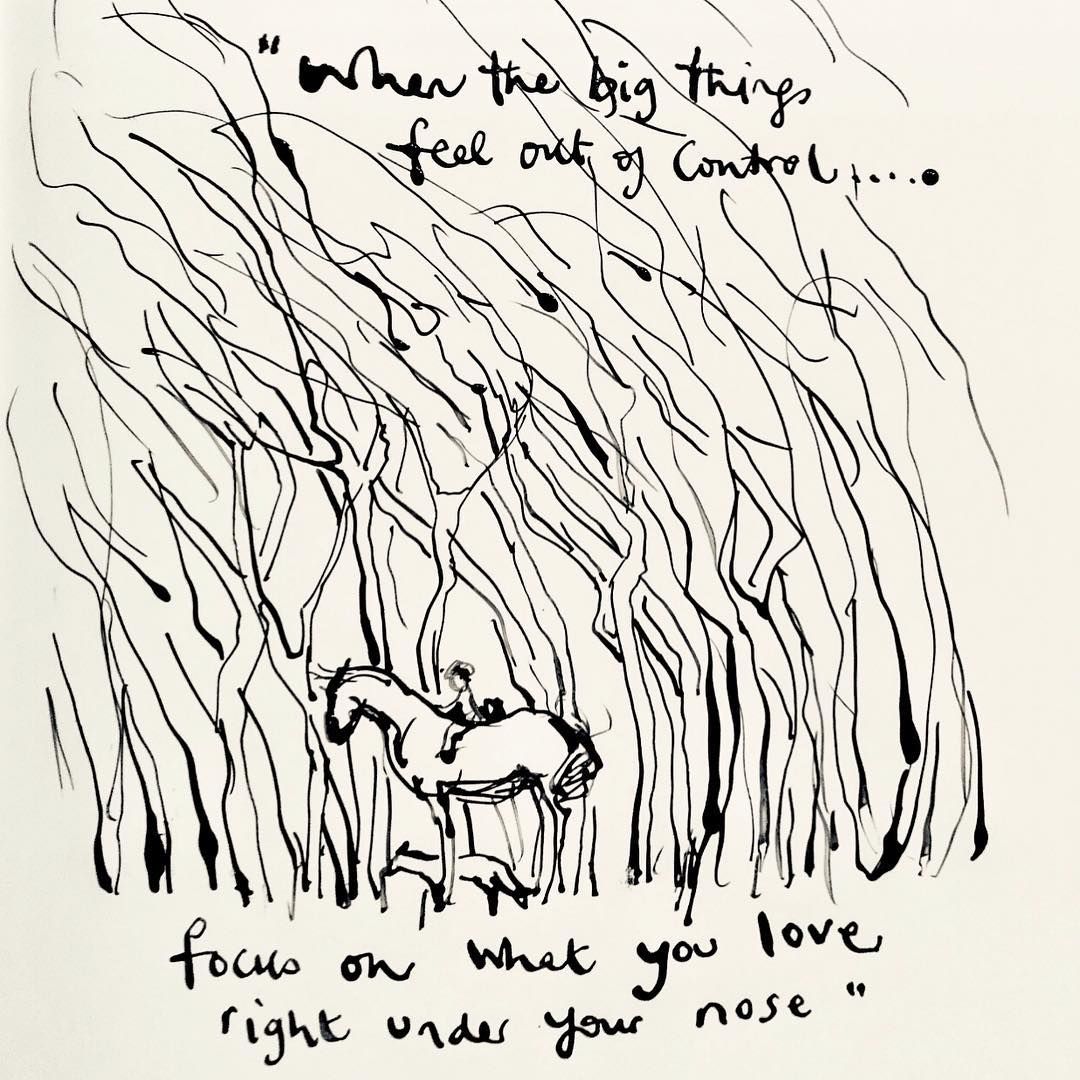 On Sunday I shared some encouragements to help us process anxiety in this time of uncertainty and trouble. In case you missed it the audio can be found here: www.kingsseaford.church/media or for a short video highlight click here: Highlight

The sight of empty shelves in Morrisons today was alarming and, understandably, many of you are feeling quite concerned.

We’re so used to being able to access not just our ‘daily bread’ but our ‘weekly bread’ that this is perhaps a timely reminder that it is (and always has been) only ever Our Father in heaven who is our provider and sustainer.

Here’s a helpful and inspiring encouragement from Ross: (click on the words)

With new government guidelines out today about social gatherings it’s now looking unlikely that we’ll be meeting this Sunday. For now we’re exploring the possibility of making some homes available for people to gather in, and/or perhaps sharing a message on video using the internet.

Last night a few of us met to pray and discuss the various options available to us at the moment. We are trusting God that in this time of need and crisis such, we can and will be there to support and pray for one another whilst also helping those who are seeking to find salvation in Jesus’ name.

After all: there is salvation in no one else, for there is no other name under heaven given among men by which we must be saved. Acts 4:12

My aim is to post regular encouragements for one another on our social media pages, so do keep checking in on them for fuel to stir your faith. My pray is that God would bind us all together in one heart and mind. If you don’t have access to them but would like to, please reply to this email and I’ll do what I can to help.

“May the God of hope fill you with all joy and peace in believing, so that by the power of the Holy Spirit you may abound in hope”
Romans 15:13

Recently Debora Costa (mum to Benjamin and Izabella and Tiago’s wife) travelled to Brazil to be with and care for her mum who’d had a stroke. In this blog she recounts her experience, the difficulty of the trial and the ways in which she saw the faithfulness of God at work.
The whole experience was quite deep to me. I saw God’s hand in everything. In simple things as the timing for everything, for instance I had all of Benjamin uniform sorted by the end of July. I didn’t understand why I had this feeling to get it all sorted so in advance. Then when we had to go so quickly and we were returning the Friday before Benji started school, I realised how handy it was not having to worry about that. The fact that my brother happened to be here on holiday… It all was in a way just prepared for that quick last minute flight. It was a sad situation with my mum as I hadn’t seen her in 4 years, I felt it was so important to be there and God made it possible for us to go! But also it wasn’t easy the sudden change of plans, as initially we were planning to go in March and have a reunion after 6 years without being to Brazil. But when it all happened, all it came to my mind was “prov 16:1”. We had plans but ultimately God is control of our lives.
It was a difficult time…  Being away from where now is my home, without Tiago, looking after the kids completely out of our routine, dealing with the demand of sharing with my brother and sister (who also had their work commitments) 24-7 care for my mum in the hospital as my dad wasn’t able to stay all day with her. The reality of the poor public health system in Brazil hit me. The A&E was unbelievable, people call it “the corridor of death” which is all it was – a corridor. We felt so vulnerable, as if we were in the “hands “ of that system. We saw so many in suffering. We were there waiting for my mum to be transferred to a hospital to proceed with more exams and the right treatment. But days were passing by and nothing was happening.
Technically they had 72 hours to move her but it was already way beyond that. I clearly remember the doctor talking to another patient next to my mum. He  asked when am I gonna get out of here?! The doctor simply replied that in the whole city that day there was only 2 beds released in all of the hospitals. My heart sunk, I looked to my mum without saying anything and she said with a very sad and tired voice “I feel like I’m in a prison, when am I going to get out of here?” Looking to the circumstances and to what the doctor said I felt really strong in my heart and said to my mum, let’s bring to mind what gives us hope (lamentations 3:21) and continued “The Lord has done so much for us until now, it won’t be different this time!! Next day was my brothers Nehmis birthday. It’s interesting the fact that out of the 4 siblings he’s the most Latino one haha, I mean he absolutely loves a party! And he was supposed to be celebrating with us in the uk his 30th birthday!
The day before his birthday I spent all afternoon with my mum and he stayed all night with her. Next morning we heard that he spent all night praying that God will give him as a birthday present that my mum would be removed from the corridor to at least a waiting room in the A&E while waiting for the bed in hospital. Actually my mum was in the worst spot to be, she saw and heard so many things that would make anyone even worse!) but bless her, yet she was whispering prayers for the people around her, as she couldn’t talk much in the days after the stroke.
To our joy, my brother’s prayers were answered! On the morning of his birthday day my mum was transferred to a room with other 4 patients, it wasn’t the best but was far better than the corridor!
In the early hours of the day my mum was transferred to hospital I woke up at 4am, lost my sleep. Started praying. I knew God is in control and he could just make things happen but is in those moments where He seems to be quiet that takes us to deeper levels of trusting Him and knowing His love above all and that He’s never late! So I just felt I needed to say out loud to Him that I knew He could provide a hospital bed but I would trust that it wasn’t happening just because He had the right time to make things happen. It was such a joy when we were told later that morning that a bed had become available in the hospital she needed to be transferred to :)!!

Amongst all my mum’s situation, we were all with heavy colds and coughs, Izabella got a bad ear infection that only was healed after antibiotics here in the uk last week, so she had it for a  month. On top of it all, their old car broke down the night before mum was released from hospital. Which even though seemed a bad thing, considering it was such an old car, it was amazing that it was running the whole two weeks when we needed it the most to go in and out of hospital so many times a day!
Even though there were days where I literally felt like everything was against us, the peace of God kept our hearts going. The constant presence of the Holy Spirit like pushing us reminding us to have a grateful heart even when there were times when it seemed to be no reason to be grateful in our human eyes.
So looking back, it’s just amazing! My mum went from being left side paralysed, couldn’t lift her left arm or leg (considering she’s already disabled on her right leg as result of polio when a child) not being able to eat by herself, it just felt devastating to think after all the struggles she already had throughout her life that she would finish like this?! Also the first week and a half we were waiting for confirmation of her brain scan as they were not sure whether it could be a brain tumour. It was heart breaking for us.
So we went from that initial situation to  actually having confirmation that there wasn’t a brain tumour, it was a stroke and my mum has pretty much gone back to normal within a month and a bit! As if she hadn’t had anything!!
She managed to cut my dads hair which shows her mobility, strength and coordination of her hands have returned. She has been taking herself to the toilet, not needing any help! Her face just looks radiant and no signs of stroke left!
Our hearts are just overflowing with gratitude for her extraordinary speedy recovery!
The whole experience made us so much more aware of so many people around us going through so much suffering yet we had God to sustain us whereas so many didn’t/don’t. Which made us just so grateful for having God in our lives but also ache for those that don’t.
Finally, to return home (uk) I had the challenge of more than 24 hours journey with two little ones by myself. But again God gave us a safe journey and we made it!
I felt humbled by God’s faithfulness through it all and just so grateful for all His goodness!